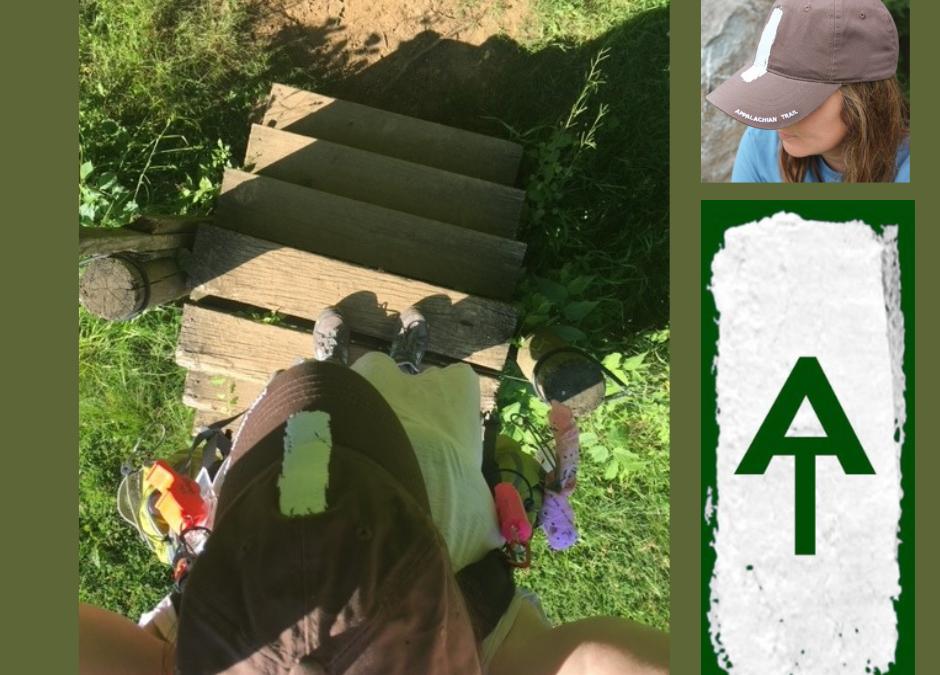 That’s me in the photo, standing on a makeshift set of wooden steps smack dab in the middle of absolutely nowhere, which is a whole lot farther than somewhat nowhere, somewhat nowhere having a traffic light and maybe a place to sit down and have a sandwich—a place to freshen up a bit. Maybe check text messages.

But no. I’m at ground zero of absolutely nowhere, holding my phone over my head, its battery fading with the sun, snapping a picture of steps that walk UP, then DOWN, because I found it odd but sweet that someone would take the time to build a flight of steps in the middle of a barbed-wire fence. 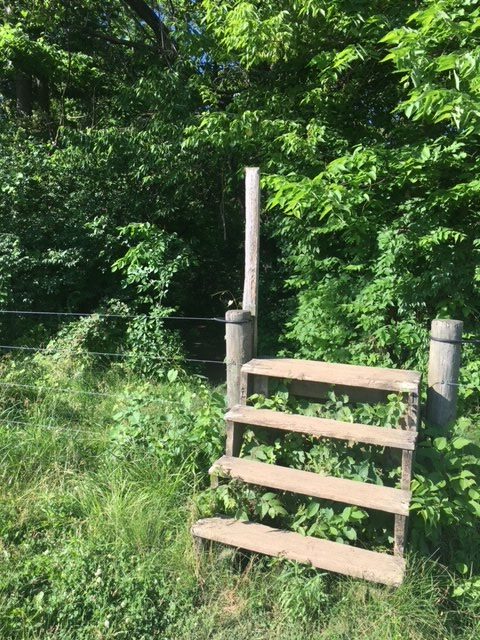 At the time, I wondered: if I have to pass through a barbed-wire fence, why not stretch the barbed fencing, bend at the waist, then step through? Presumedly, because the backpack on my back turned me into the shape of a turtle, making bending and stepping through the fencing more difficult. I supposed there stood a good chance the barbed wire was “live” wire meant to keep cows in and bears out. Touch it, and I’d fly backward ten feet, probably landing on the ground pack-first, belly-up in the sun like the turtle I was—unable to right myself. 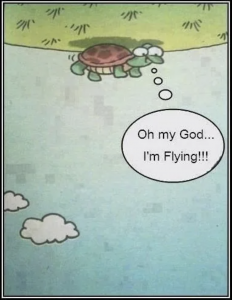 That’s the sort of thing that can happen when you’re hiding out for the week in a long, green tunnel of trees with a dirt path down the middle. People put steps in the darndest places. How’d they get there? Who put them there? Trail magic, I tell you—trail magic.

If you can’t make out what you’re looking at in the photograph at the top of this post, I’m wearing a brown baseball cap. (The color hides the dirt.) The cap’s marked with the Appalachian Trail’s signature emblem: a painted white “trailblaze,” typically found on trees and rocks (and occasionally, wooden steps). The blaze is what you use to navigate while winding your way, step by miserably glorious step, along the 2,200+ mile journey from Georgia to Maine or from Maine to Georgia, depending on which way you’re headed.

I’m section hiking the Appalachian Trail with my best friend, Beth. We began in 2017 and hope to finish by 2035.

At the time of that photo, I hadn’t showered in days. That’s right. DAYS. When you smell that bad, animals know you’re coming and get out of your way.

What have I learned along the path? This: Life is short. Leave trail magic.

Like this trail magic, created by Beth and me at a Mennonite campground in Pennsylvania. 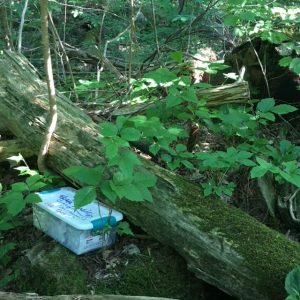 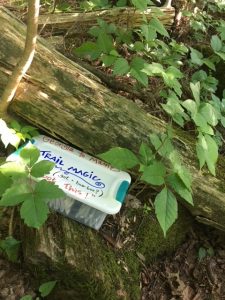 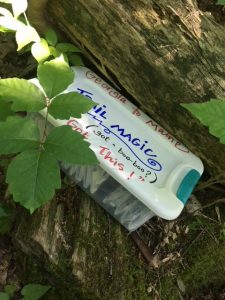 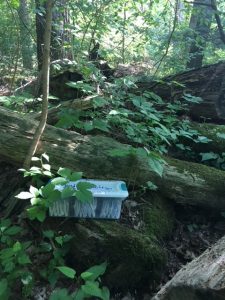 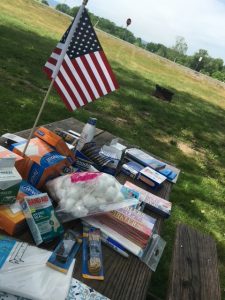 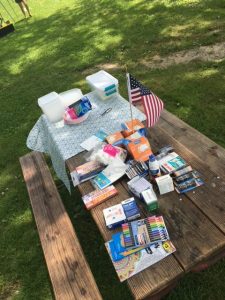 We left bandages, blister kits, and first aid items for weary hikers on the portion of the Appalachian Trail we had earlier hiked. I like to think the trail magic we left helped a stranger in need. Of course, if that “stranger” was hiking the Appalachian Trail, then they’re not a stranger, per se, but rather, a friend I have yet to meet. The AT does that to people.

For those who enjoyed reading Bill Bryson’s A Walk in the Woods, he said this about trail magic:

“There is a phenomenon called Trail Magic, known and spoken with reverence by everyone who hikes the trail, which holds that often when things look darkest some little piece of serendipity comes along to put you back on a heavenly plane.”

I believe that to be true.

Only problem? A few days later, we left the trail and campsite covered in poison ivy and couldn’t figure out why. Until we looked at the photos on our phone and realized we placed the trail magic in a bed of poison ivy.

And that set of wooden steps built in the middle of a barbed-wire fence? That too. Poison ivy everywhere.

Here’s the photo I took of Beth climbing the stairs; yellow circles later added as we laughed our way through all of the itching. 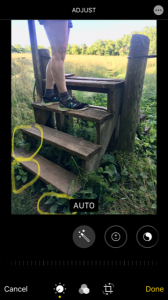 Trail magic? Yes. Despite the poison ivy, and maybe, because of the poison ivy that so often hikes the trail with you, sneaking up on you as you wonder who built a flight of steps in the middle of a barbed-wire fence, I do believe in magic.

(And hope the hikers that came upon our container of first aid “trail magic” saw the poison ivy before partaking in the kit’s magical ingredients.)